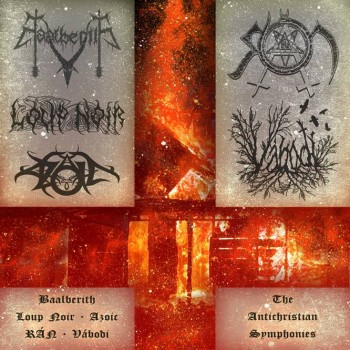 BAALBERITH (from Nottingham / Lincoln, UK) says about the biography: "We are fuelled by the aspiration and determination to create music that is pushing the boundaries beyond those which one would expect in certain metal genres. Baalberith are inspired by bands such as Behemoth, Anaal Nathrakh and various other artists of the Black/Death Metal and Doom fields. We draw our inspiration primarily from the Black Metal style, but are known for introducing our own breed of belligerence, passion and vehemence into the mix. Since our formation in 1999 we have been booked to share the stage with many renowned acts such as Ragnarok [NO], Abigail Williams [US], Abgott [UK], Hecate Enthroned [UK] and Gorgoroth [NO]. The impending “new wave” of British Black Metal is what drives us, keeps us inspired and gives us the desire to continue onwards in creating and sharing our music. It is our intent to create enthralling music that mirrors our evolution and exposure to an ever-evolving genre without surrendering the foundation from which we draw our sound. In 2013 line-up is: Razakel - vocals; Abaddon - guitar/bass; Valefar - drums".

LOUP NOIR (from France) is the one man-band of Alrinack (P.H.T.O, Sombre Croisade, Asphodeles, Jarnvidr). This project was created in 2009, it express a melancolic and sadness black metal with pagan touch... The first demo “L’âme de la steppe” was released in 2009 by Mortis Humanae Productions (french label). All instruments, lyrics and vocals by Alrinack. All the songs on the split come from the second demo “Requiem”.

AZOIC - icelandic extreme music band with members Atrum, Offerings and Malignant Mist. Drawing influence from the extreme music genre it aims to express an impressionistic experience of the cosmos and it's connection to living things. In 2012 the project released it's debut album titled ''GATEWAYS'' which has gotten a decent praise from underground zines & blogs. The band started as a two man idea but later progressed to a more objective form, adding two members from Malignant Mist, making live appearance possible. The band is currently working on their second full-length due to be released in 2014. Former members: Benedikt - Guitar & Vocals; Ragnar - Drums. 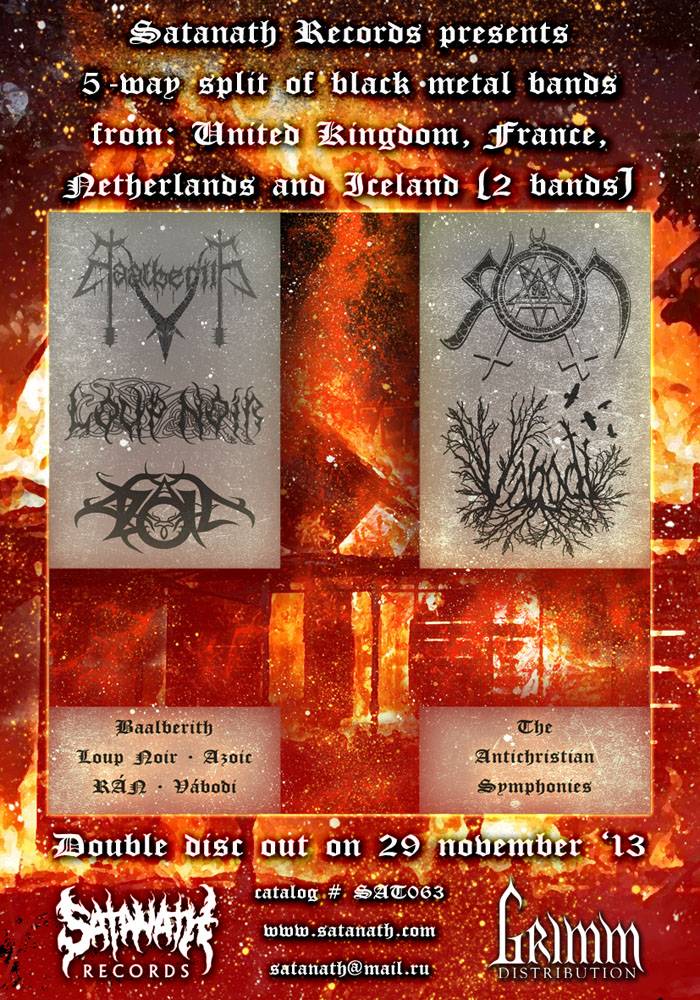 RÁN was formed in the Netherlands, anno 2008, on sheer - and sudden - impulse as Nekron came to realize that the time was right to return to music after 15 years had passed since his involvement with the now defunct, Icelandic grindcore act Extermination. The band was hastily thrown together: Nekron on bass and vocals, with the Greek Reptilia and Aspyron, the former on drums and the latter on guitar. Aspyron was soon to fall out due to inner ear trauma, suffered in part due to the sheer volumes at practice and after nearly two years of searching for the right candidate; the timely addition of the Dutch Aesthyr set the band - finally - on the right course. Yet, as of early 2013, Aesthyr was to be replaced with the equally Dutch Abyssiakh, moving RÁN’s home base further into the regions of North Holland. In early 2011, drummer Reptilia had to resign for personal reasons and was to be temporarily replaced by session drummer Rephaim. A few concerts later, the permanent replacement was found in Rhym, a seasoned drummer out of the depths of the Dutch underground. In the now, RÁN is swiftly gaining ground on stage and the 1st tour (Icelandic Metal Assault) has been completed, thrashing parts of Germany into submission in the early summer of 2013. Several releases plotted and more tours and shows on the horizon: The beast of RÁN is growing fast! RÁN are: Rhym - Drums; Abyssiakh - Guitars; Nekron - Bass and vocals.

VÁBOÐI (icelandic band) spawned in the wake of the "apocalypse" in the year of 2012. Váboði is Icelandic for "woe bearer" or "one who heralds woe". The band's music stands for no bullshit black metal, doom, death and destruction. The music is instrumental because people can make their own conjectures about what we truly mean, which should be pretty fucking clear. Line-up: Jormundgand - guitars, bass; Antichristian - drums, guitars. Also it includes band members related to Dynfari.

Check the links and video: