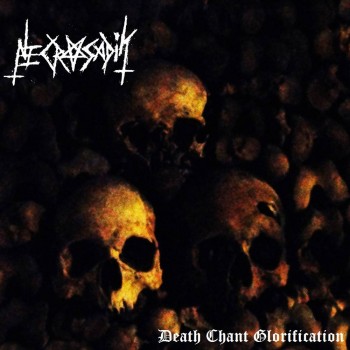 Since 2008, mexican one-man band, Necrosadik has unleash the most torturous screams and thoughts through a chaotic atmosphere, dissonant, uncompromised and totally narrow-minded.

With nine albums behind his will and several secondary releases, Necrosadik comes back with thirteen tracks that complements a pure and raw hymn to the death. 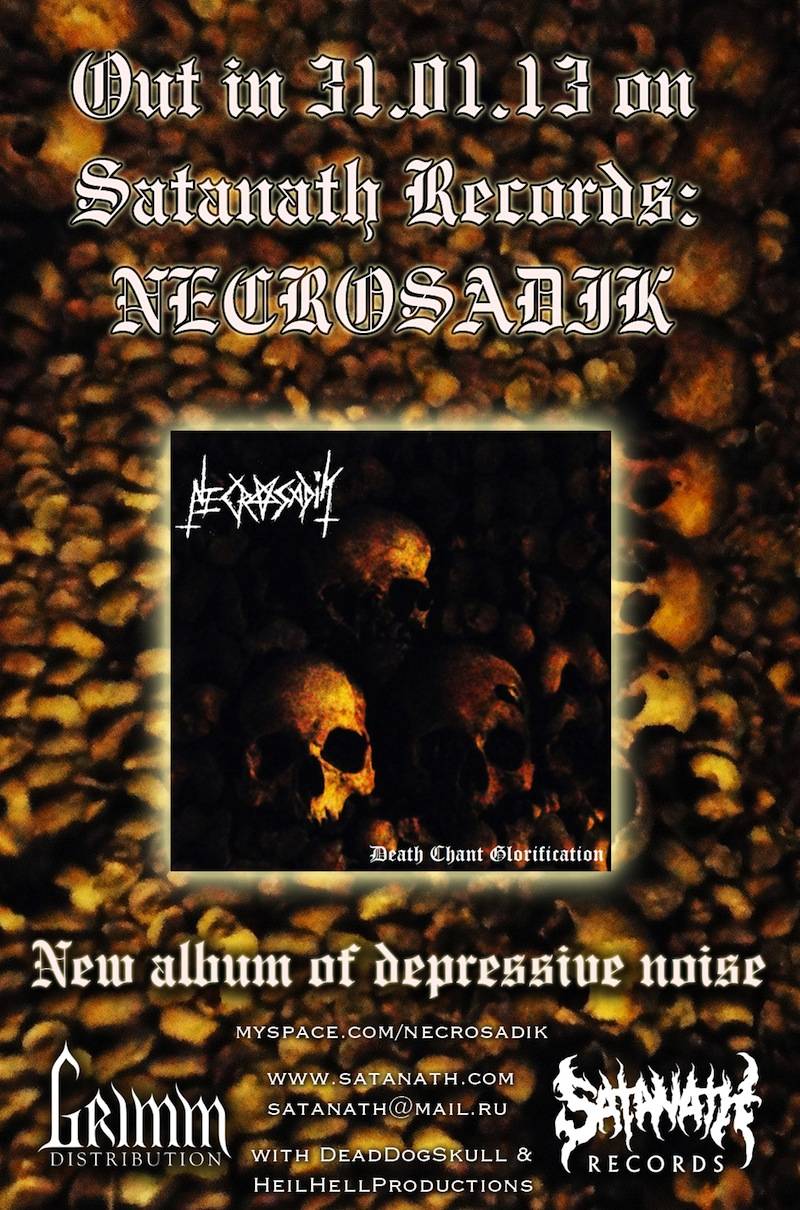 "Death Chant Glorification", brings back the roots of Necrosadik with a chaotic and dark atmosphere, a monotonous ritual of hatred and a solemn adoration for the death.

Prepare yourself for an overdose of auditory-suffering, through an eternal daze of hatred and several slits of putrefaction. 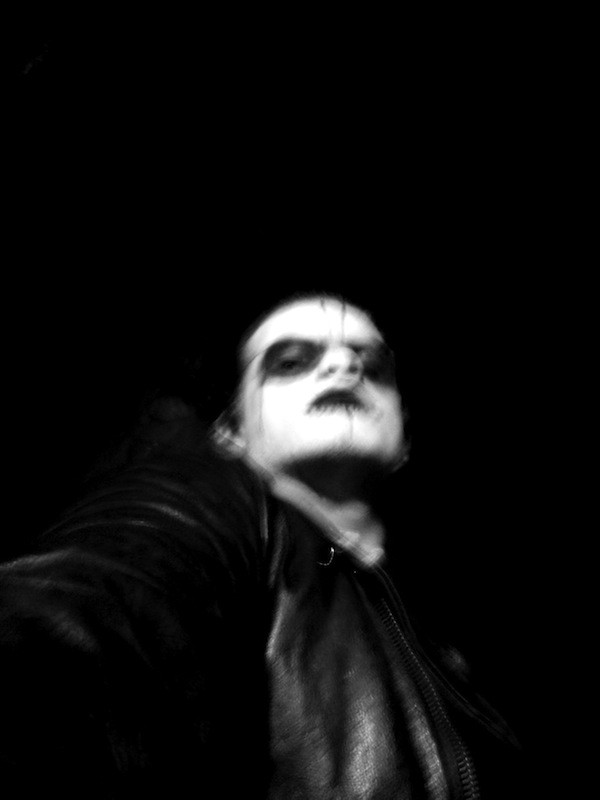