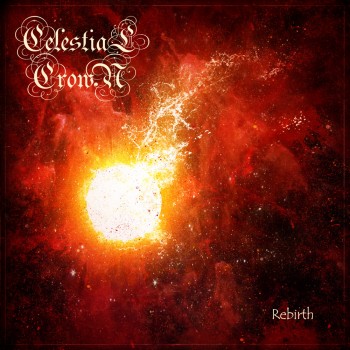 Celestial Crown is an Estonian metal band that harmonically combines different styles ranging from caressing gothic melodies to aggressive black and death metal. Its origin dates back to 1999 when two course mates in physics Denis and Alexander, who were playing in the local punk-rock band, decided to form their own band to play more serious and dark music. In the spring of 2000, Sergei (another physicist) and Diana joined the band and already in 2001, Celestial Crown releases their first demo “Invasion …” recorded at the local studio. In 2002, Arnold joined the band on the bass guitar and Celestial Crown signed their first contract with Doom Records label for the record of their first album “Embraced”. Shortly after the release, the label was closed and the band decided to record their next album in the home-made studio arranged at the Denis apartments. Album was titled “A Veiled Empire” and released in a 2005 under the Divenia label. In the 2006 band makes re-release of their demo album that included three bonus tracks. In the 2007, several session musicians joined the band and Celestial Crown started to give concerts with a line-up numbered 8 members. However, soon the band realized that successful combination of concert and studio activity is problematic, so Celestial Crown sacrificed life appearances in favor of studio work. Line-up was cut to four members (Denis, Alexander, Sergei and Diana) and the band focused on a composition and recording of the new material in a home-made studio. Sergei and Alexander were responsible for all instruments in a band and in parallel the band members were learning all the subtleties of the studio work. Since all the members of Celestial make their living outside the music industry, it took several years until the band was satisfied with the sound in a home studio and could release their next album “Ascending” in the year 2014. Soon after the release, Diana became a “professional mother” and the band invited their old friend Viktoria Seimar to record female vocals for their next album. Thousands of kilometers separating Viktoria from the Celestial Crown home studio could not prevent the successful collaboration, which resulted in a band’s most mature and technically advanced album “Rebirth”. At the moment Celestial Crown are working on a new material.