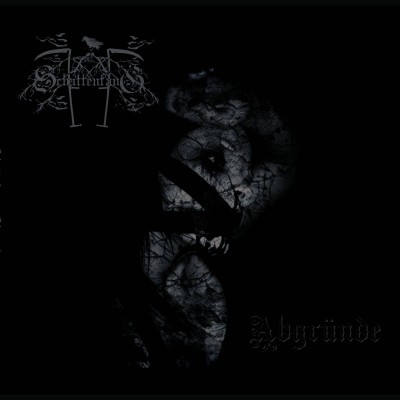 Schattenfang are a band from Germany that plays a very raw and depressive form of black metal and this is a review of their 2012 demo "Abgrunde" which was released by Satanath Records.

Clean playing starts off the demo along with some rain and thunder sounds as well as having drum beats added in before adding in more of a heavy and melodic sound which also shows guitar leads being introduced into the music and there is also a few seconds of spoken word samples and after the intro the music gets darker and heavier.

Schattenfang plays a style of black metal that is raw and heavily rooted in the 90's while also adding in more of a modern and depressive style to update the sound for the modern day, the production sounds very dark and raw while the lyrics are written in German and cover dark and depressive themes.

In my opinion Schattenfang are a very great sounding raw and depressive black metal band and if you are a fan of this musical genre, you should check out this demo. RECOMMENDED TRACKS INCLUDE "Kalt" and "Vom Grabentod".